In 1935, the local residents at the intersection of Lenin street and Commune (now Moscow) street could have tongues wagging. The Kirov district Executive Committee decided to build a hotel that will make everone’s jaw fall. With this request they approached local craftsmen who worked under the guidance of famous among his friends (just kidding) architect Ivan Apollonovich Charushin.

Charushin could boast for hours about his an impressive portfolio consisting of churches in Kirov and the surrounding area, works in Sakhalin and in Izhevsk. Ladies fainted at the sight of the prominent Cathedral of the Archangel Michael in Izhevsk, which he built before the revolution. But despite the change of political orientation of the country I. A. Charushin continued to create striking and large-scale projects.

As you may have guessed this article will be about the building of the Central Hotel in Kirov – Tsentral’naya gostinitsa. They managed to build it in a record time – just in 2 years with plan met for 146% (joke). Although they had to fall back from the initial project. That’s how the hotel acquired a bigger right wing, which violated the symmetry of the building. The sixth floor was originally a gallery for fans of walking without stepping outside into the Kirov city. Later the gallery was glazed and divided into additional rooms, for the sake of increasing capacity. On the third floor of the building, which from the Lenin street looks like the first one, there is a space originally designed for a larger store or several smaller shops. And formerly there there even was a spacious shop, while now there are several smaller shops. 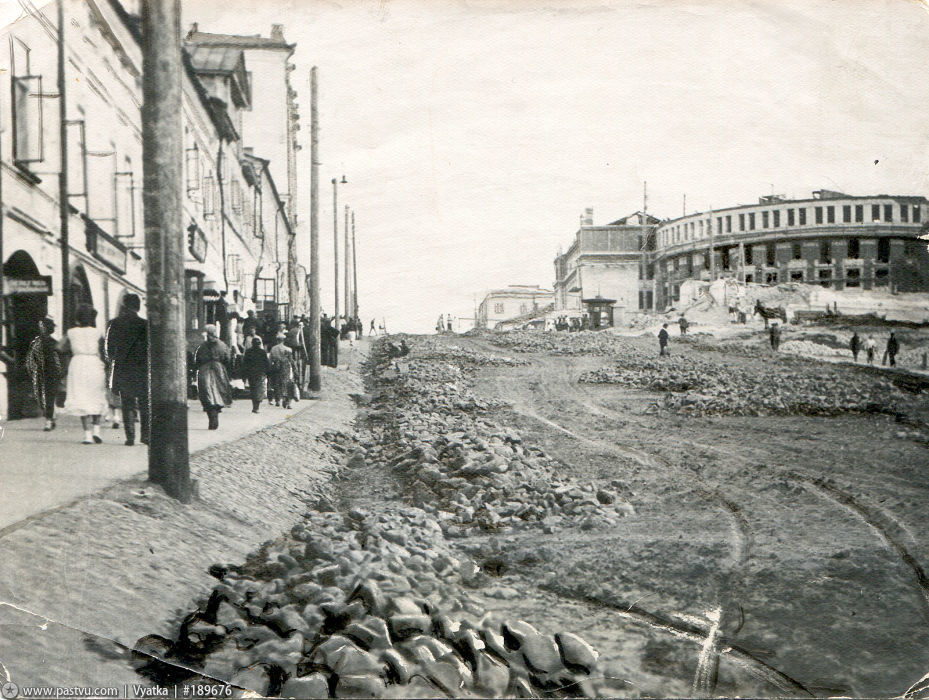 Interesting fact: for the construction of the hotel they had to demolish Cathedral of Resurrection, which was until its closure in 1929 one of the most popular places of worshipping god in Kirov. They blew up the church and built the hotel around the remains of its foundation, as it is said that Charushin was a godly man and decided not to build up the saint ruins.

The hotel is designed in the style of Art Nouveau, which had not lived long in that time giving place to the “Stalin’s” Empire style and constructivism, emerging from Germany and being widely supported by the Bolsheviks.

At the time, the newspapers “Kirov truth” described this hotel in Kirov to be actually as we see it now: a big, boring and empty (again, kidding). The hotel already had to welcome first persons of the state. Worstly, the second or the third ones. Well, in fact at least the two-hundredth or three-hundredth.

And soon here is approaching the hundredth birthday of this majestic building that still serves its purpose, gives shelter to tourists, business people and simple travellers. 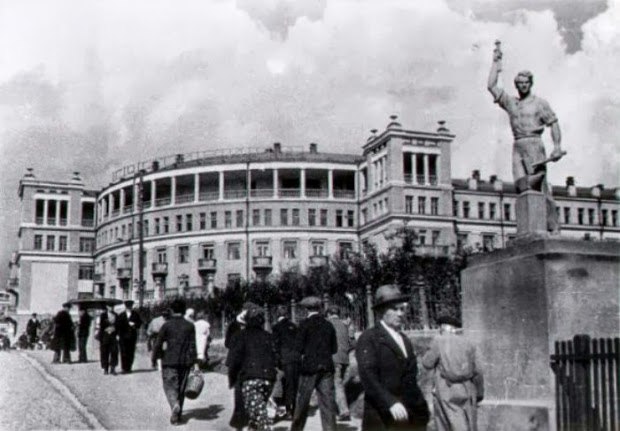