Having a walk in the old town

Every town has its interesting places soaked with the history of past years. This is especially true for old towns, where the authorities often keep the appearance of historical parts virtually unchanged. We, as descendants of novgorods who once mastered these lands, are interested to know about the history and secrets of the city on Vyatka, which has been existing for nearly a millennium.

The first fully stone building in Kirov was Trifonov monastery, the certificate for the construction of which was issued by Ivan IV. The city with a monastery at that time was considered to be a stronghold of the state and imperial power. The monasteries were a very important socio-economic factor in the development of territories, especially of such as Hlynovskom (the name of our land during the wars with the Golden Horde). To this day, the complex of temples and buildings of Trifon monastery impresses with its grandeur. Almost the entire architectural ensemble has been perfectly preserved and it is a place for tourists and religious people to this day. Entrance to the monastery with the main Uspensky Cathedral is free during working hours. 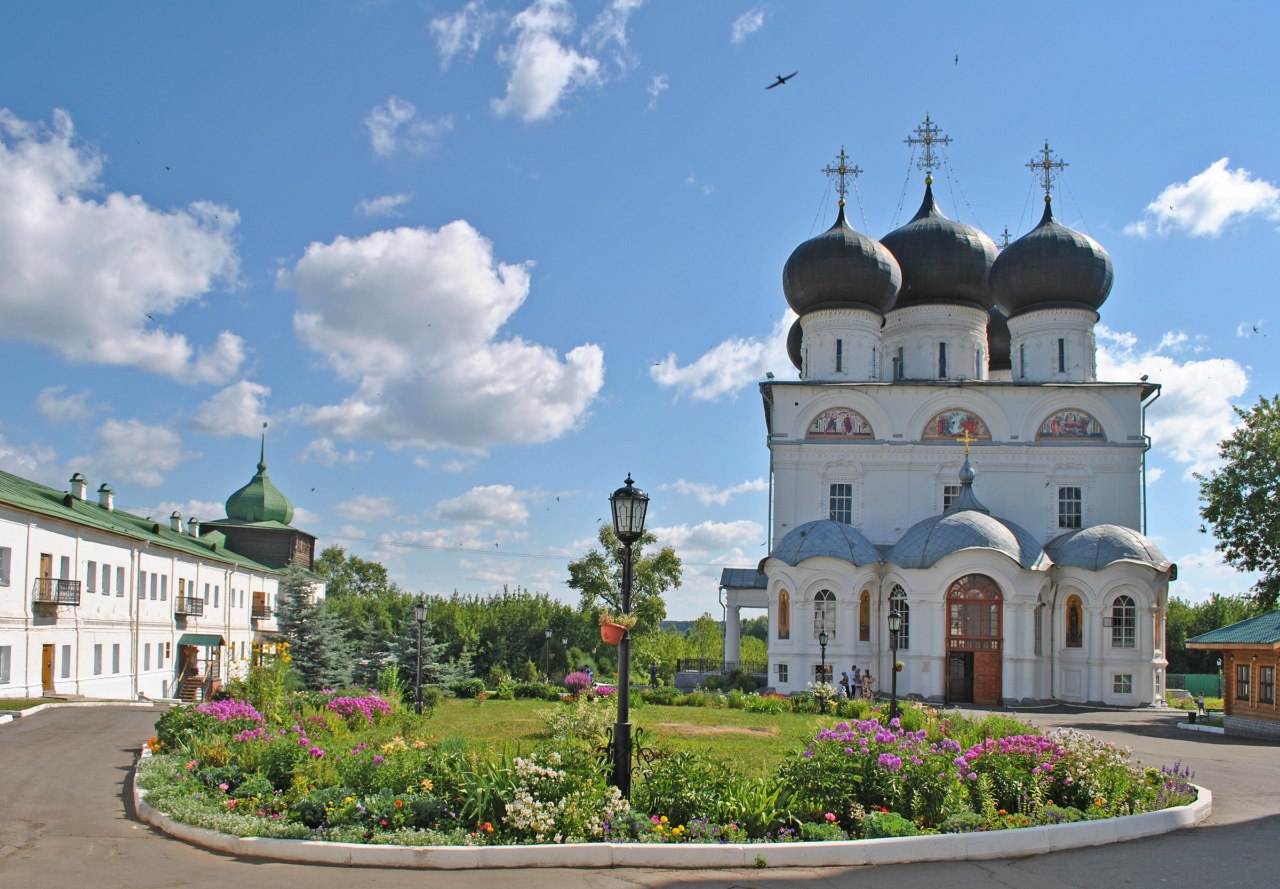 The Kirov Kremlin was located on the waterfront, which is now adjacent to the Alexander garden. Unfortunately, it has not survived up till present days. The city grew in the opposite direction, from the monastery in the direction of Orlovskaya street, where you can see a lot of old buildings with an age of more than two hundred years.

Most of the ancient history of the city, unfortunately, has not survived, as until the 17th century houses were built mainly of wood. But there are a lot of buildings of modern times that catch an eye. For example, on Spasskaya street (Drelevskogo) at the intersection with Lenin street.

In the Kirov regional diorama you can see a painting which tells about this street and the revolutionary events which occurred hundreds of years ago. At that times the street was already old. Since then, little has changed. Partly tha’s the reason why a section from Lenin to Kazan (Bolshevikov) street is made pedestrian only, so that residents and tourists could plunge into the atmosphere of the old Kirov. There is a bunch of different institutions, ranging from theatre and shop with local crafts (if you want something local flavored or souvenirs, definitely visit this place) to the chocolate Museum. 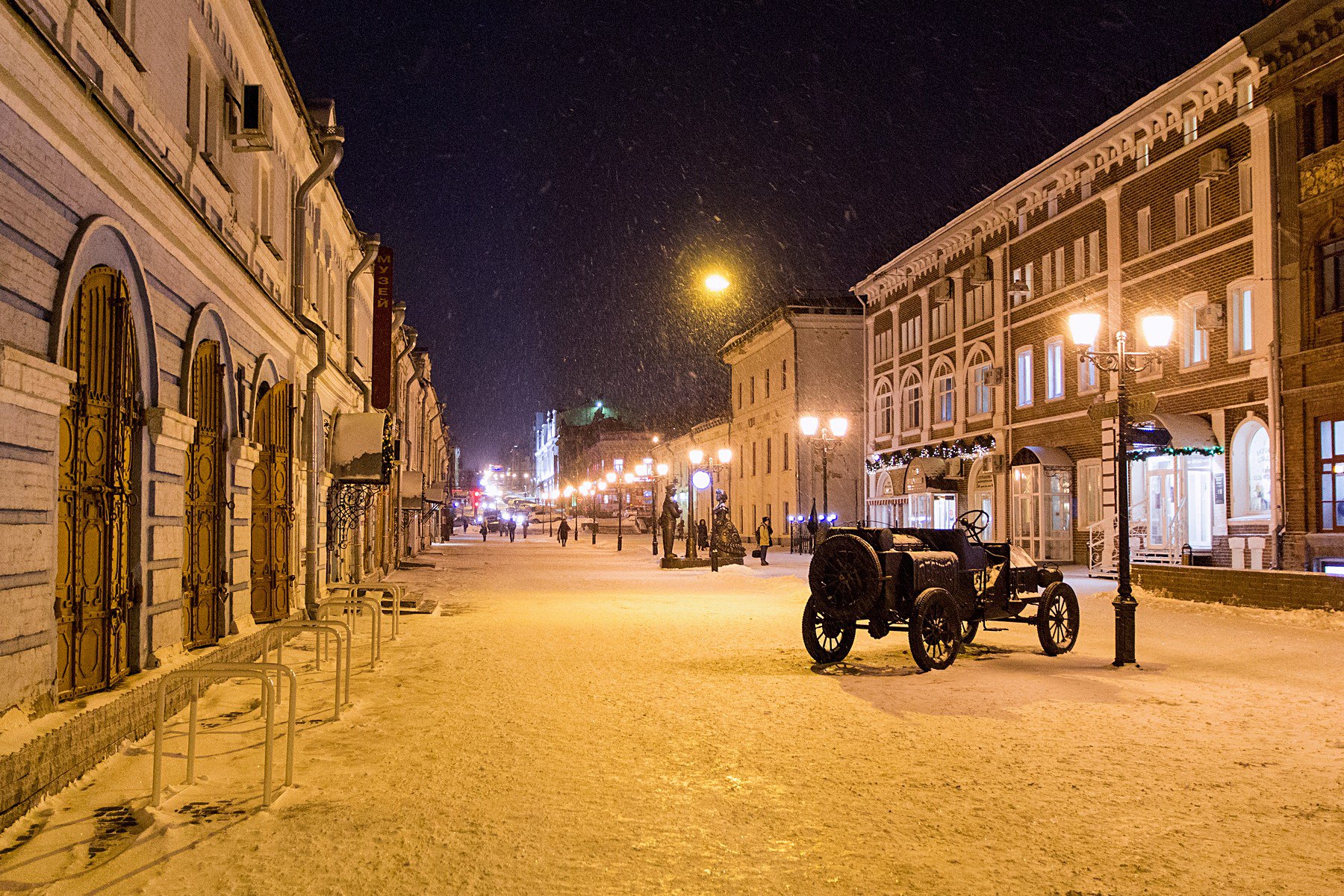 In the 18-19 century the city began to grow around above named centers. So if you go in any direction from the Trifonov monastery, Spasskaya street or Alexandrovsky garden, you’ll still see a lot of monuments, old buildings and structures. Of course, it is sad that the city has lost the majestic Alexander Nevsky Cathedral, instead of which now stands the Kirov regional Philharmonic hall and Gagarin Park, as well as an ensemble of temples, located along Kazanskaya street, from Orlovskaya to Spasskaya (only two cathedrals have survived), but the history and time can not be reversed. 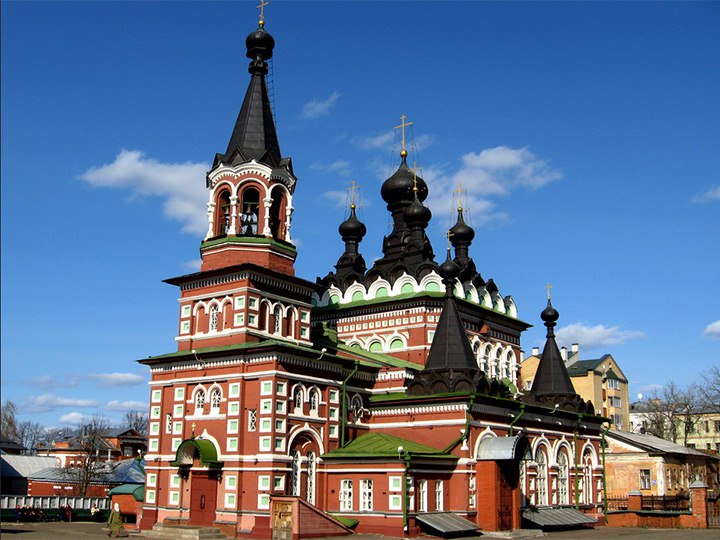 Our wonderful Hostel Dostoevsky Kirov is conveniently located in the geographical and historical center of Kirov. So if you wish, you can easily walk through the old streets of the city on foot, as they are all just in a short distance from us. Immerse yourself in the world of history with us! 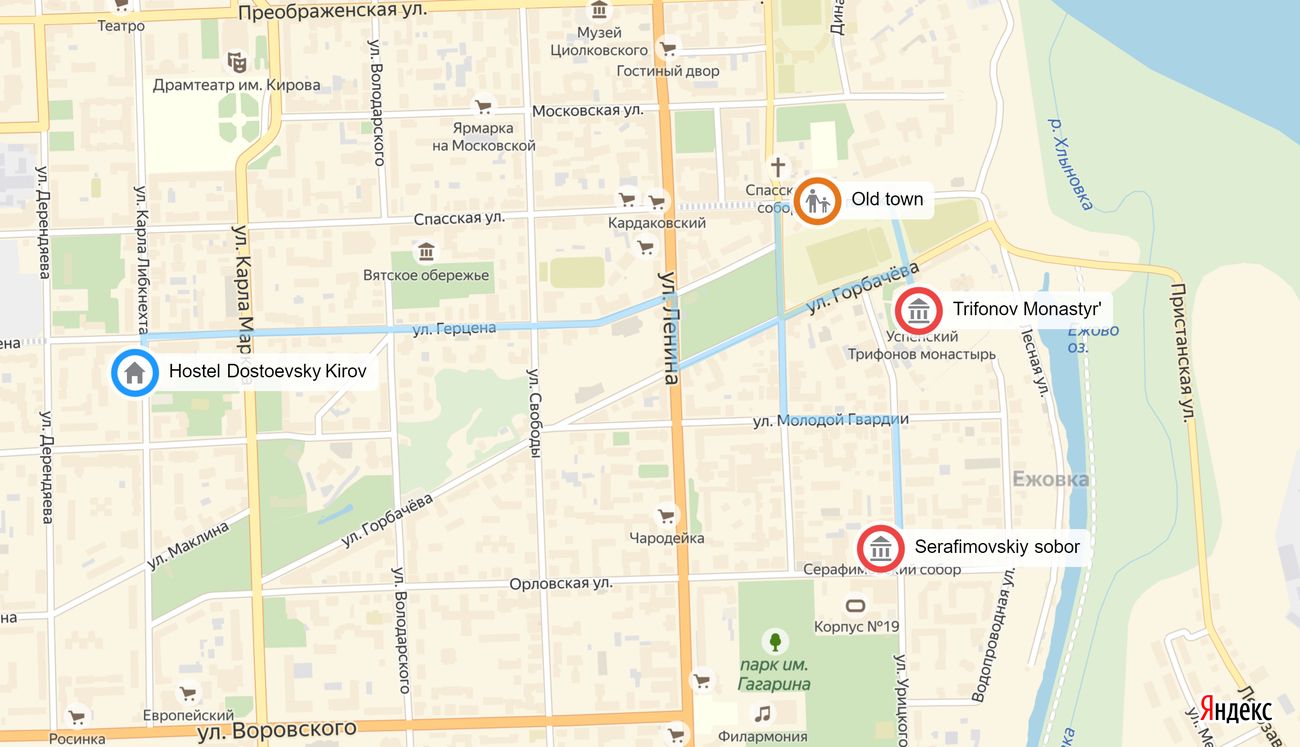